What does a tiny baby toad 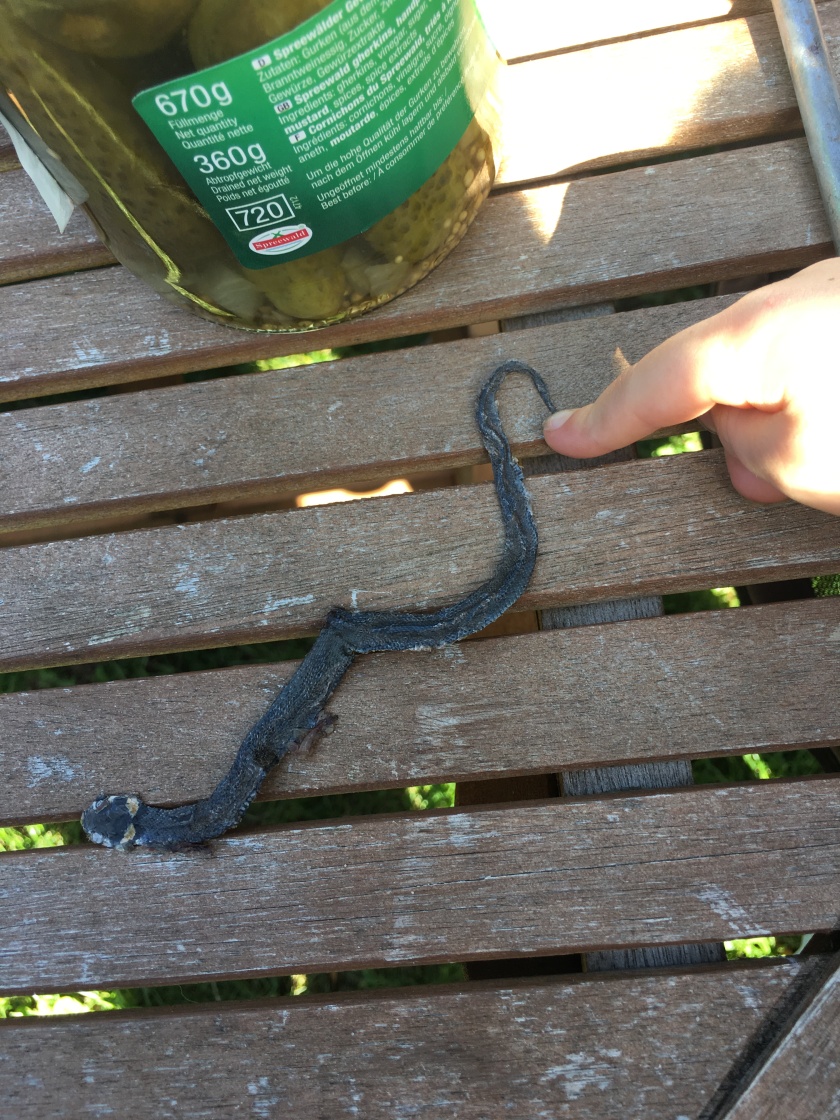 and a baby grass snake too putrified to be petrified have to do with Berlin? 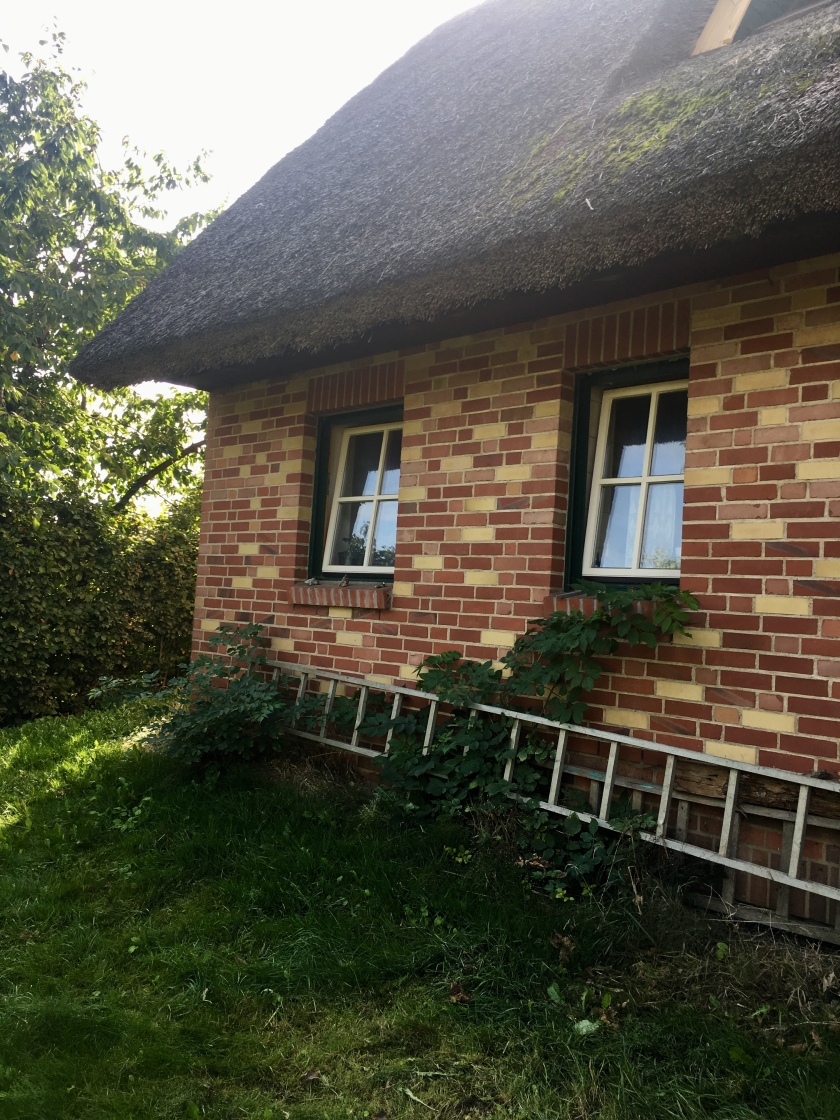 The short answer is nothing. They are as far removed from Berlin as a thatched-rooved house. 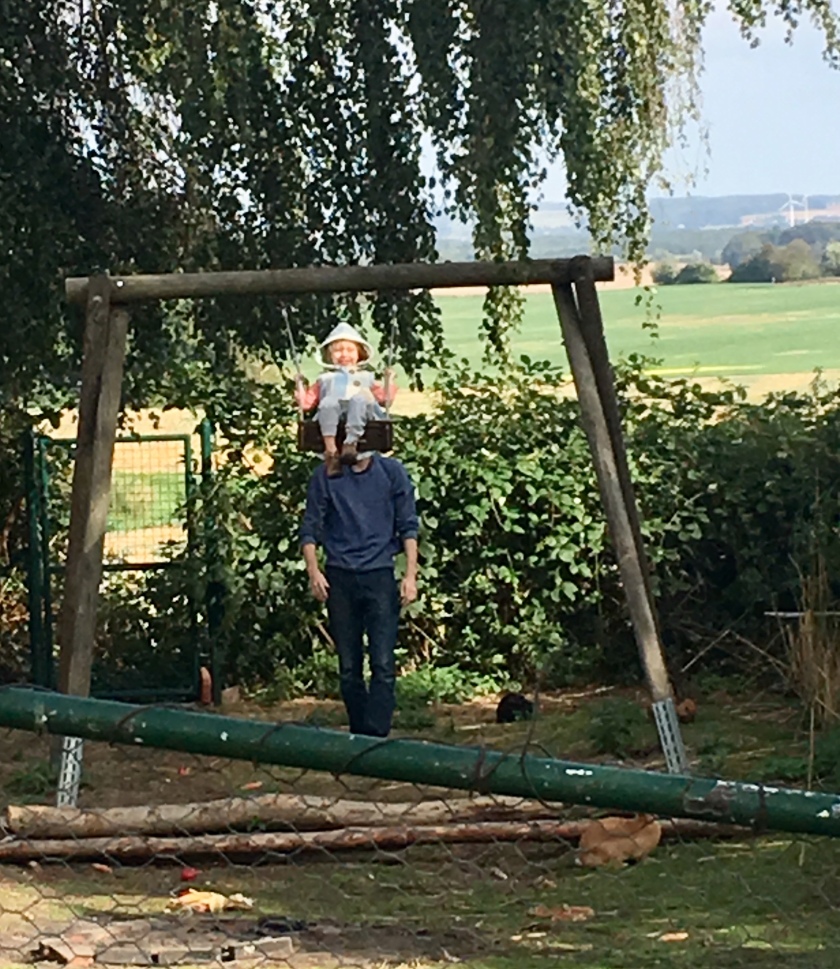 and a swing with a pastoral backdrop.

For the past five days I have been in northern Germany. I was surprised how quickly the scenery through the train windows turned rural. 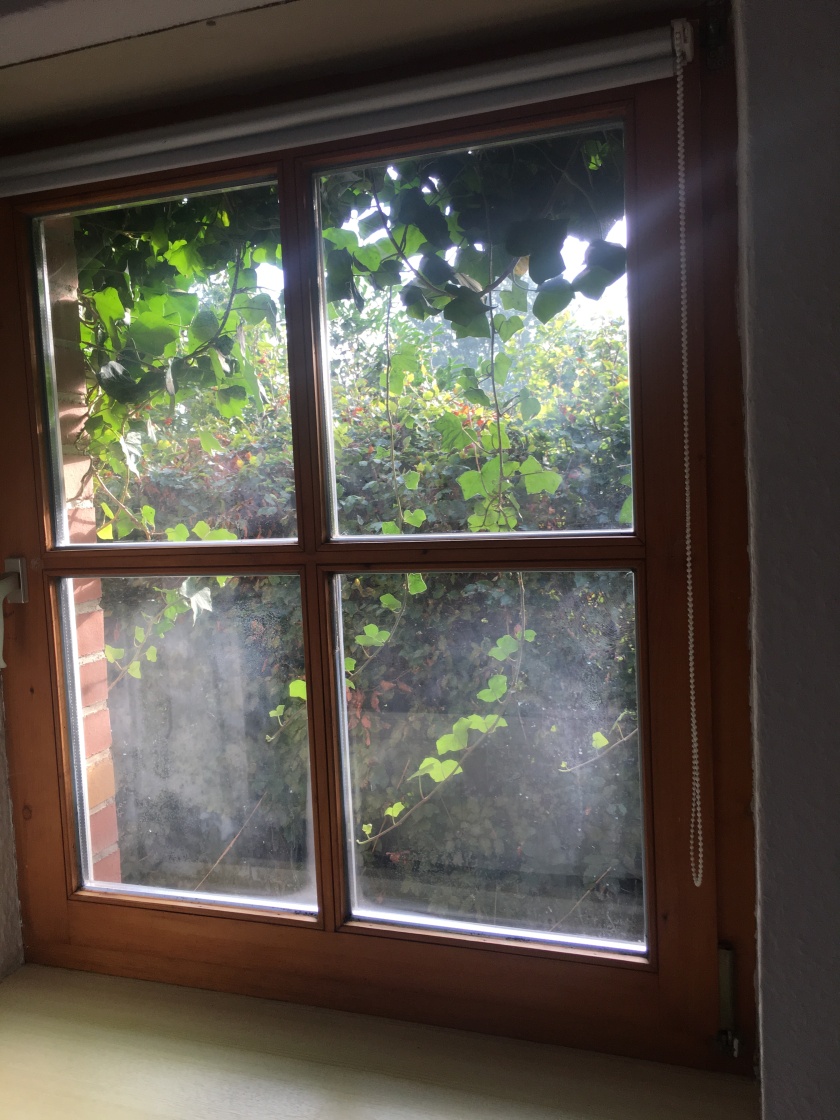 The window of the room I stayed in.

A ramble through autumn field shorn of their summer crops.

A visit to a farm stay where my three and a half year old granddaughter rode on a horse.

Ducks by the Baltic 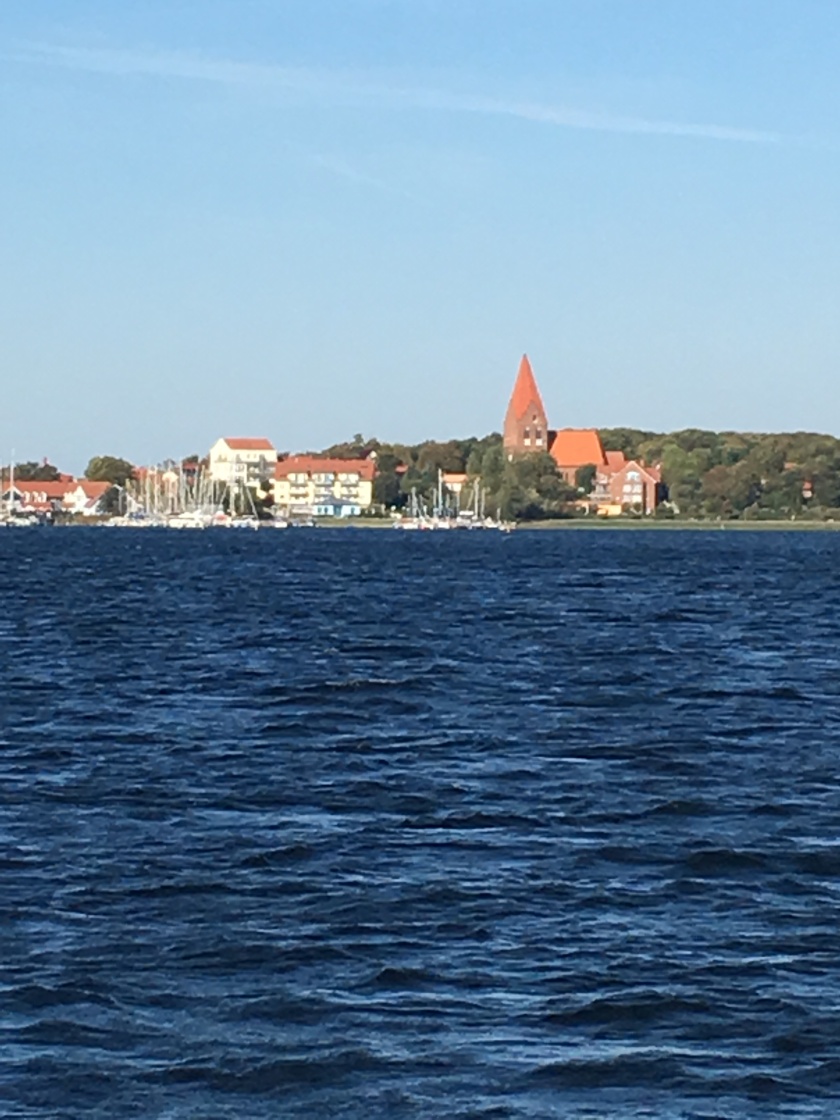 where we went for a boat trip

Jetty at Rerik; a beautiful, small village on the Baltic coast.

As I took this photo the church bells began ringing to announce the hour of six o’clock in the evening, just as they do in Berlin.

I heard them back in Berlin again today. Rested and refreshed from my country breath of fresh air, it was back to the bustle of Berlin’s Strasses and getting just a little bit lost, but not really (it’s just that being accustomed to streets that form a grid pattern, Berlin’s more aslant arrangement, where seemingly not one Straße leads into another, is very confusing).

On the last leg of our journey back to the city yesterday, we stood with luggage in the middle of a pressing, crowded Berlin train, where the contrast between city and country couldn’t be more obvious, I suddenly felt a weird compassion for all that humanity. A pigeon seemed to be all that was there to remind me of nature.

I started to form a poem in my head about Berlin and all the people and nature and the whole cosmos and how we and the universe and all it contains are all connected. (I was overthinking. It’s a habit of mine).

Tonight a sunset showed me nature in abundance as rain and wind scampered  in and somehow, for a little while, the city became just a little bit country.

One thought on “Berlin 3”