During the procedure for my departure from Berlin airport, my granddaughter, held by her mother, called out across the check-in area, “I love you, Grandma!”. She called this out several times – enough in fact to make the check-in people smile.

The sound of her voice and those precious words, are still ringing in my ears two months later.

I arrived home to apple blossom and overgrown lawns and garden. Easily enough remedied by contracting one of Robert’s golfing buddies to do our lawns until he got back from China. 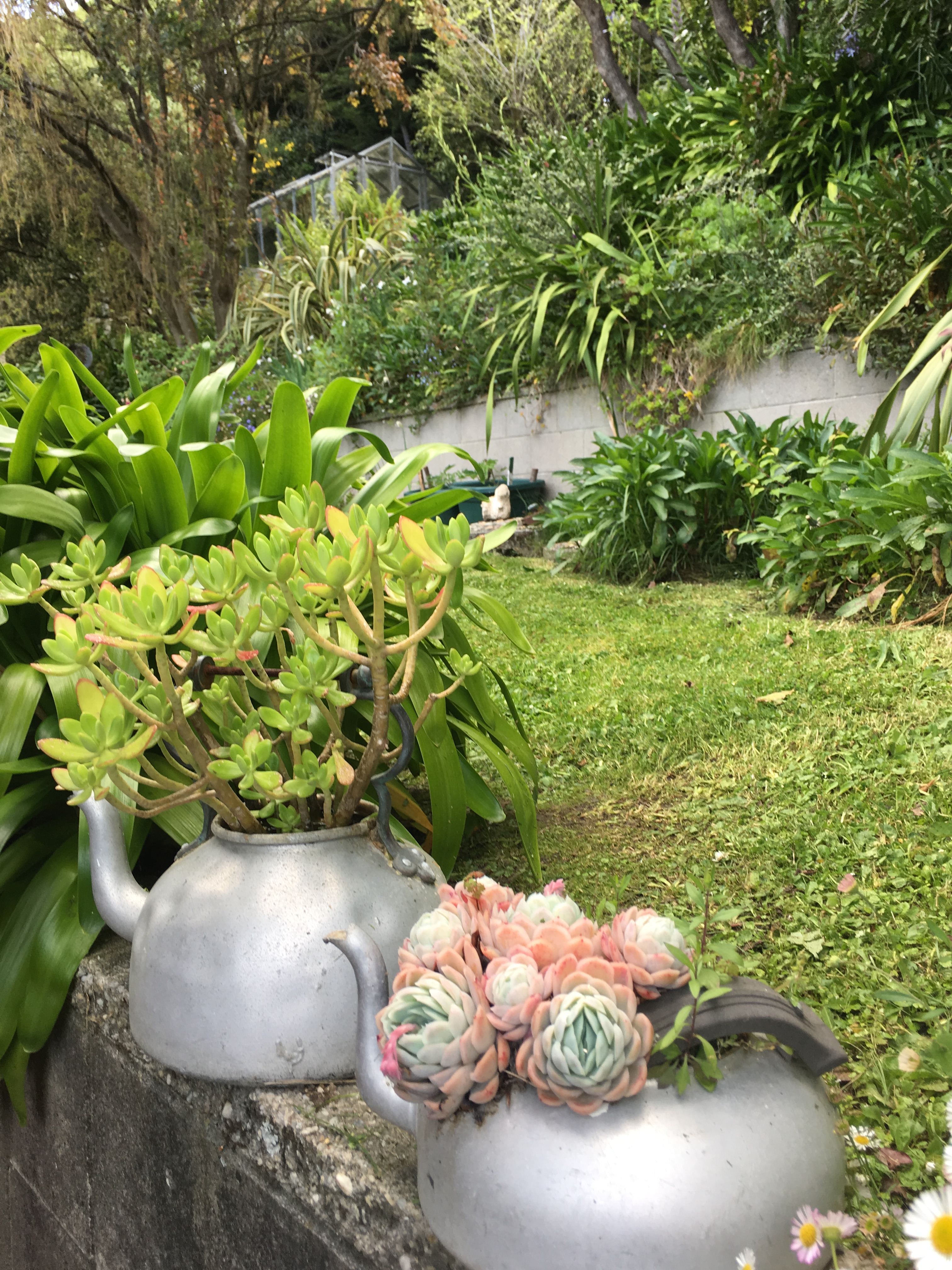 It didn’t take me long to reacquaint myself with our beach. Unlike the peaceful, lazy Baltic (at least the part I visited in North Germany) or the calm harbour and beach at Dalian city in China, my local St Kilda beach is a surf beach, with the roar and crash of breakers tearing into the shore.

By now, the hooded crows of Berlin are once again a mere memory. The local red-billed seagull, quickly becoming their replacement. 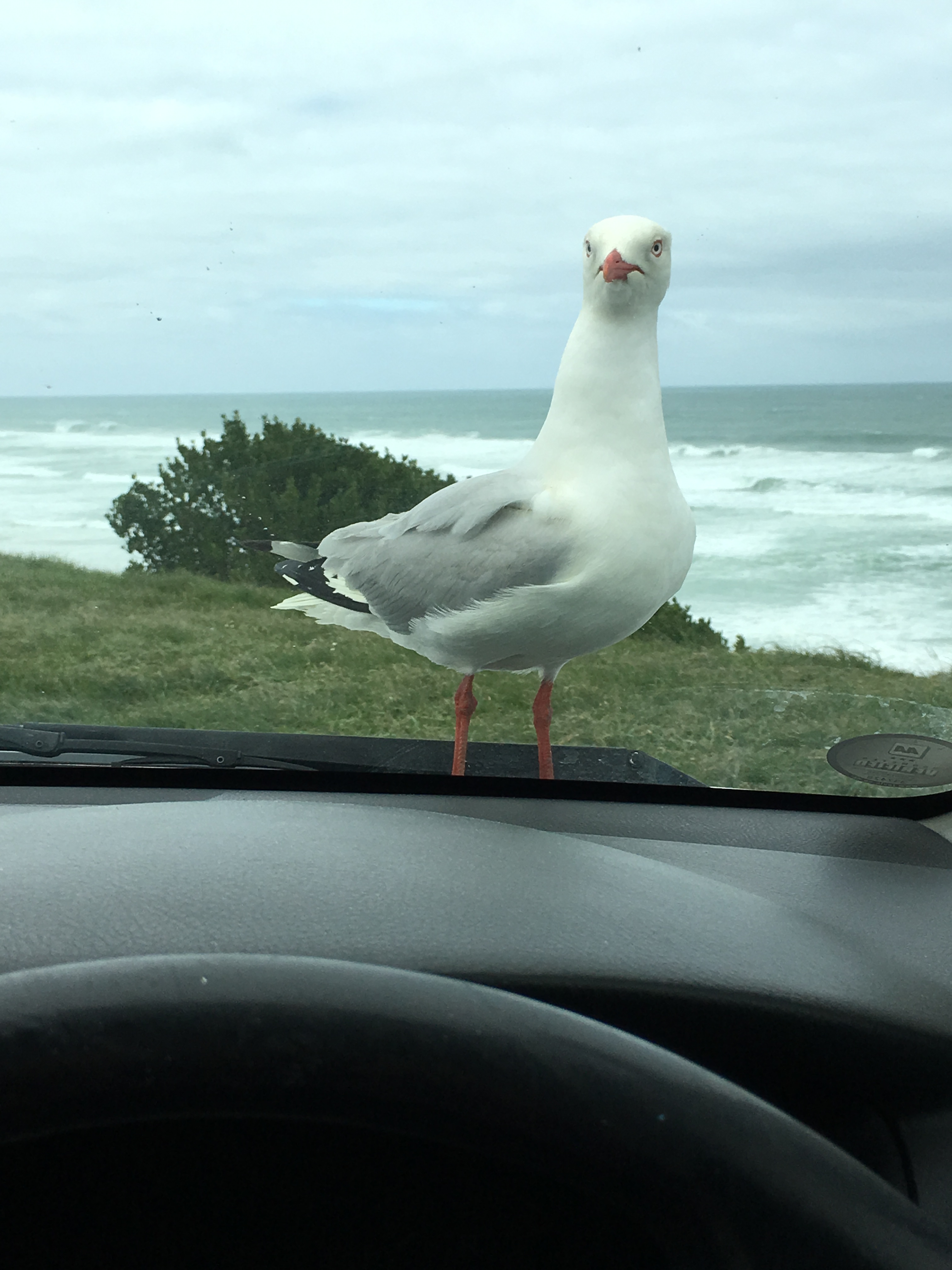 This gull seems to be saying, “Aww, come on”. It was wanting a bit of what I was eating. But their scavenging habits receive no encouragement from me. Sorry mate.

While waiting for Robert’s return, I made a couple of trips to catch up on family and friends. First, I travelled south to say hello to Southland, calling in on a friend in Bluff. She is truly for me an inspiration; a touchstone, a lodestar; and her strong encouragement and support of my writing, is something I treasure. It was something special to sit talking at her table and looking out at the same port view she sees every day as she pens her own poetry.

After a bit of a breather back home; spending time with family, catching up with friends, getting back to helping out at St Nick’s weekly pre-school Music and Playgroup and going out to Waikouaiti library for a J&K Rolling poetry reading with my friend and fellow-poet, Jenny Powell; I travelled north to Christchurch to stay with my son and his family there, as well as catching up with my sister.

Then I flew to Wellington to spend time with my brother and sister. I also caught up with a close friend – one of my oldest friends, as we were ‘besties’ way back in high school in Gore, in the late sixties.

While in Wellington, I spent time with my sister and her partner up the coast from the city, at Waikawa Beach. 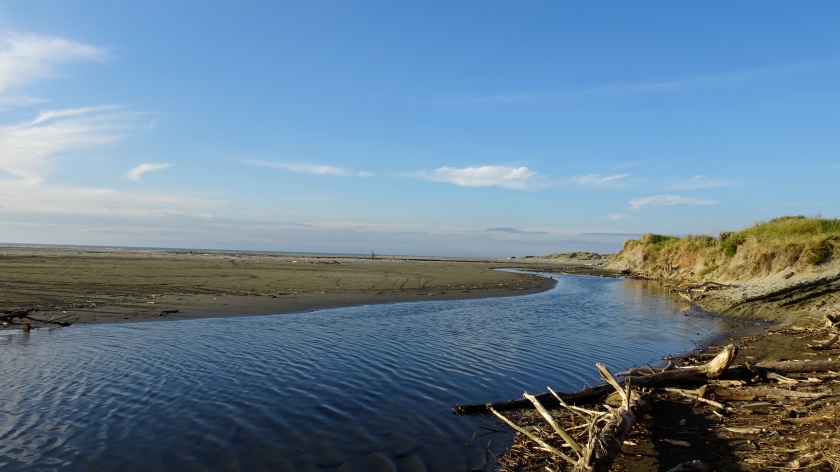 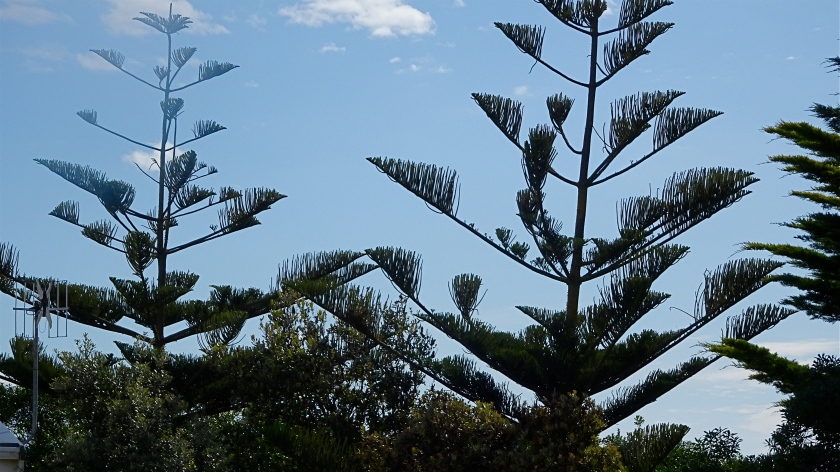 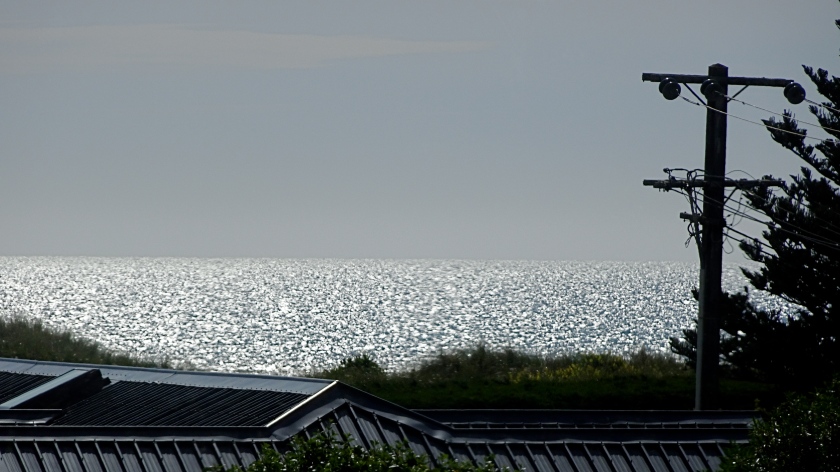 Once again, a quieter beach than St Kilda, with an estuary between the ocean and the shoreline.

Robert is back home now after three months in China. We are looking forward to spending a quiet-ish Christmas with two of our sons and their families.

As I am due to have laser treatment on my eyes and cataracts removed a week before Christmas, I am trying to get in as much writing as possible before that procedure, as there is recovery time to consider before I can get back to the computer screen.

I have been working on polishing my fourth poetry book, ready for possible publication sometime in the near future. Hopefully some time before 2025. Sadly, this is not an exaggeration.

Let’s just say, taking into account my age and New Zealand’s current embarrassment of riches as far as its writing scene goes, with an abundance of talented and vigorous up and coming younger (and mid-career) writers writing stunning work and pounding on the doors of the very few publishers of poetry that there are in my country, I am relying somewhat on that famous example of Aesop’s tortoise.